"Osprey with Fish in Flight"  tells the Florida Keys story

of #nature and the inhabitants, both humans and wildlife, dependent on a healthy Florida Keys ecosystem.

On the surface you see the natural order of life; an osprey flying with it's catch, a ladyfish.  What you don't see is the carpet of dead fish of all species and sizes covering every inch of bay bottom.

Carol's #FLORIDA KEYS nature photography exists to enforce our role as co-occupants of a fragile planet of great diversity.  By sharing these photographs, her goal is to educate, increase awareness of our #fragile coastlines, #wildlife and livelihoods that are the fabric of the #Florida Keys.

This photograph was taken in the Everglades back country in January 2010 following two weeks of frigid temperatures, while the Florida Keys community helplessly watched as the fish in our Florida Keys waters suffered and eventually died.  The first warm day after the prolonged cold, Carol ventured  into the back country to assess conditions with her eyes and camera. She was accompanied by one of her photography students and an experienced Florida Keys fishing guide Ron Wagner.

What we witnessed was heartbreaking. On the grassy bottom lie a carpet of dead fish, while the mangrove shoreline roots served as the final resting spot for others.  Each bird we encountered had a fish.  The birds, were too full to fly, so we were able to drift closer than ever before.  That's when the osprey in the photograph darted out from the mangrove shoreline, just inches above the water in front of the flats boat, the guide followed closely while Carol was capturing every wing beat. The shoal still waters of this last frontier of the Keys, provided a mirror reflection as the osprey flew over it.

After an hour or so touring the area, we headed back to shore as the light was fading.  Carol had seen so much, and she just wondered how the Florida Keys, the fishermen, the wildlife and all the diversity would fare.  It did not look very good for the short term, as there was nothing living in the waters.  How would the birds feed and raise their young?  What about the generations of men and women who make their living on the water?  The story of the Keys is one of connections.  How much stress can this fragile ecosystem bear?

Back ashore, Carol and her student head for home.  The student rather quiet.

The next time they meet, the student said she really didn't get any good photos. She asked if I had.

I had so many photographs with great potential.

Carol reflected for a second, and realized therein lies the problem.  The student was visualizing a Florida Keys typical winter day, full of color and light,  with blue water and a sky that meet on the horizon; not what she encountered. Our boat tour that day was like drifting in a fog, with no horizon; the islands nestled in the grey mist.  Photography lesson learned: leave your expectations on the dock, pay attention to your surroundings, scan the area front, rear, up and down, and most important, be ready for the unexpected, as if your life depended on it.

That is when the magic happens. 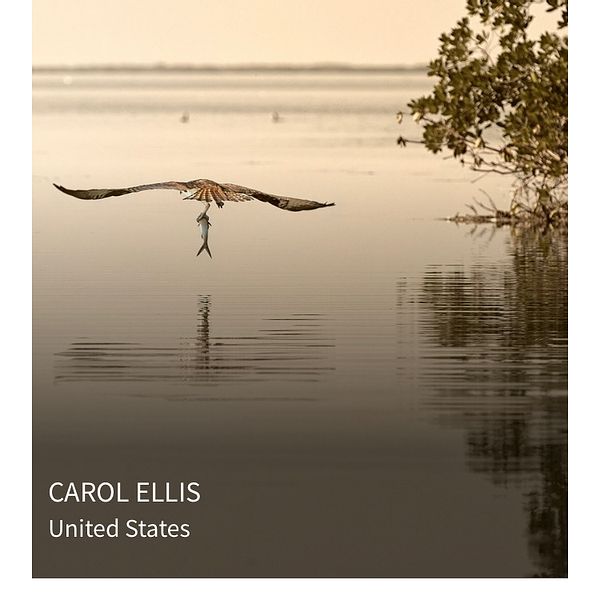